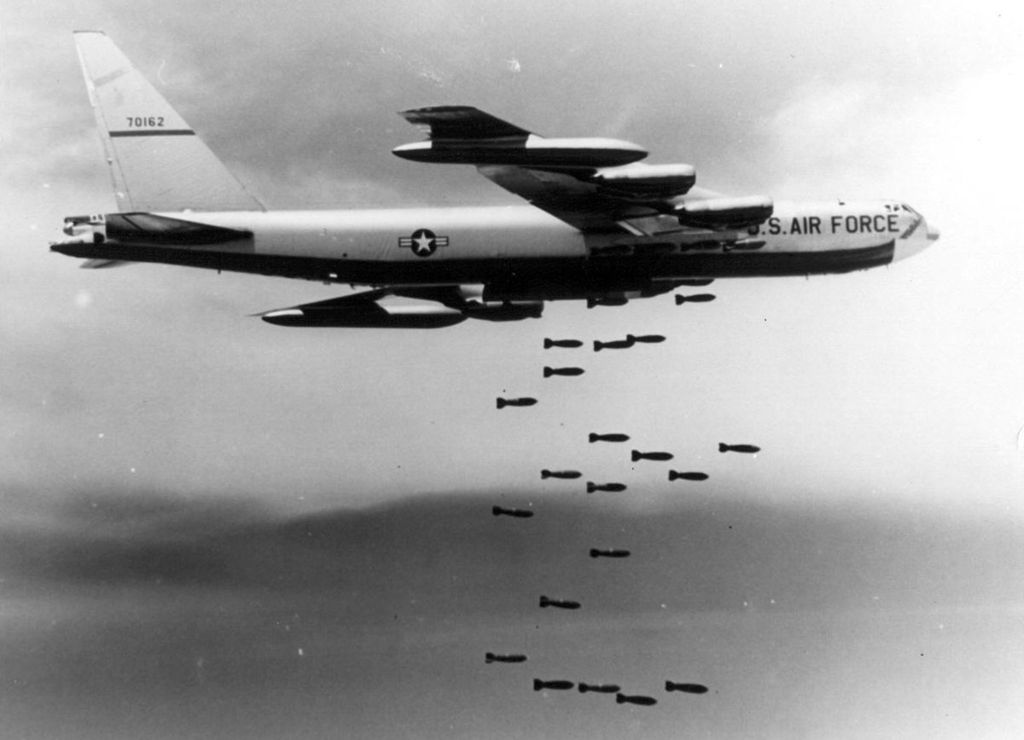 This week we are commenting on ‘Moral Character or Character of War? American Public Opinion on the Targeting of Civilians in Times of War‘ by Benjamin Valentino in Daedalus, Volume 145, Issue 4, Fall 2016, p.127-138.

The paper is a meta-analysis of how Americans have viewed civilian deaths ni all of the foreign wars conducted by their military since Vietnam. The article is a fascinating insight into the way in which the views of the American public change over time, and how they conceptualise civilians in foreign lands.

In this paper the author examines what he considers to be the three primary explanations for changes in the conduct of American wars post-Vietnam. These are: shift in norms surrounding targeting of civilians; changing ideas about how to win wars; and the changing nature of wars since WW2, particularly since Vietnam (129). Here the author argues that the shift in American strategy is less down to changing norms surrounding the killing or civilians, but primarily down to the changing nature of the wars being fought, and reduced pressures to win quickly and successfully (133).

One of the most prominent statistics supporting the author’s case is that  ‘the United States has lost fewer soldiers in all its wars since Vietnam combined than it did in a single average month of World War II’ – and this is not to even take into account the increase in population size over that period (134). From my own reading of the paper, the implication here is that the changing nature of war, and the changing level of force exerted by the US is also linked to the perceived direct threat to the US and its allies in the immediate future. Were the US or its allies to be threatened directly and militarily by a clearly defined (non-nuclear) nation state, would the trend of declining attacks on civilians continue? The author here, suggests not, and I am inclined to agree.

Even though I might not 100% agree with it, I found the article interesting and thought-provoking. Particularly striking was how only 21% of the US population in 1999 believed there were rules to regulate attacking combatant in populated villages or towns. The contrast with Gregory’s article on how it views the practices of the US military were also interesting to note. If one includes Gregory’s war in the shadowlands, the amount of civilian casualties might actually change. Although I really enjoyed the article, there are several points to be made.

I find that a historical comparison with the targeting of civilians in WW2 or on the use of nuclear weapons is highly problematic. Nuclear weapons have proliferated (increasing the risk of a strike in return), have become more deadly, and there is much more knowledge available on the harm of their use. Furthermore, the scale of WW2 was unprecedented, as was what was at stake, and the engagement of the population. He acknowledges the special circumstances in the end of the article, but his premise that the US populations finds civilian targeting to be less permissible is based on these figures, undermining the whole point of his article.

As I personally have a focus on technology, I also miss an extended discussion of guided munitions, which the USA now uses heavily (in 2014 it was assessed that 97% of air strikes in Syria were with guided munitions). Laser-guided munitions were introduced in Vietnam, and their possibilities saw significant breakthroughs following the Gulf War and the increased launch of satellites. This makes it possible for the US military to have more precise bombings, arguably killing fewer civilians. For example, one needs fewer munitions and munitions with less payload, as one does not need to compensate for inaccuracy, significantly reducing the cost. Long-range standoff engagement becomes possible, decreasing the risk. One can hit mobile and disappearing targets like mobile ballistic missile launchers as well, which are only out in the open for a short period. There are differing views on how important the humanitarian argument is for the US military. Nonetheless there is a strong argument to be made that the reduction of civilian casualties is merely a side effect of the strategic benefits. That likely does not directly affect the public opinion of the US population though.

I quite liked Valentino piece here discussing changing American civilian attitudes to civilian casualties in warfare. But, throughout I wanted to know opinions of other people. I’m not sure if civilian opinion is even worth much. After all,  there are many real experts who spend their lives dedicated to improving their understanding of security issues – why are we always so bothered about the opinion of Joe the Plumber? In relation to killing of civilians,  I’d also be interested to hear opinion so from military personnel who could be asked to do this. None of the people I know in the military would want to give, or carry out, such orders. So it seems wrong to simply assume killing civilians is even a possibility.

To get legal for a minute, specific targeting of civilians is completely unlawful, and all military personnel are under a duty to reject unlawful orders. So, anybody who actually committed such actions would be a straight-up war criminal. Although some military personnel who commit crimes end up with a lighter sentence than you would expect, there’s  no defending intentional targeting of Civilians. Hopefully, the expectation of a long prison sentence is a deterrent.

Whilst reading this, I couldn’t help think about strategic bombing and what it does to the people on the ground. London being famous for its ‘Blitz Spirit’, we assume that we in Britain are unique in our resolve and endurance to outlast all enemies. But, why do we expect other cultures to crumble when we expect ourselves to dig in? I don’t think strategic air power can really be a tool for changing people’s thoughts.  Opinions are changed by dialogue, and strategic bombing destroys lots of things. Perhaps in future conflicts, we should use the best tool for the task at hand.

If you want to get involved with TTAC21, please see the about us and contact tabs.

If you’ve got any thoughts on our opinions, feel free to comment.