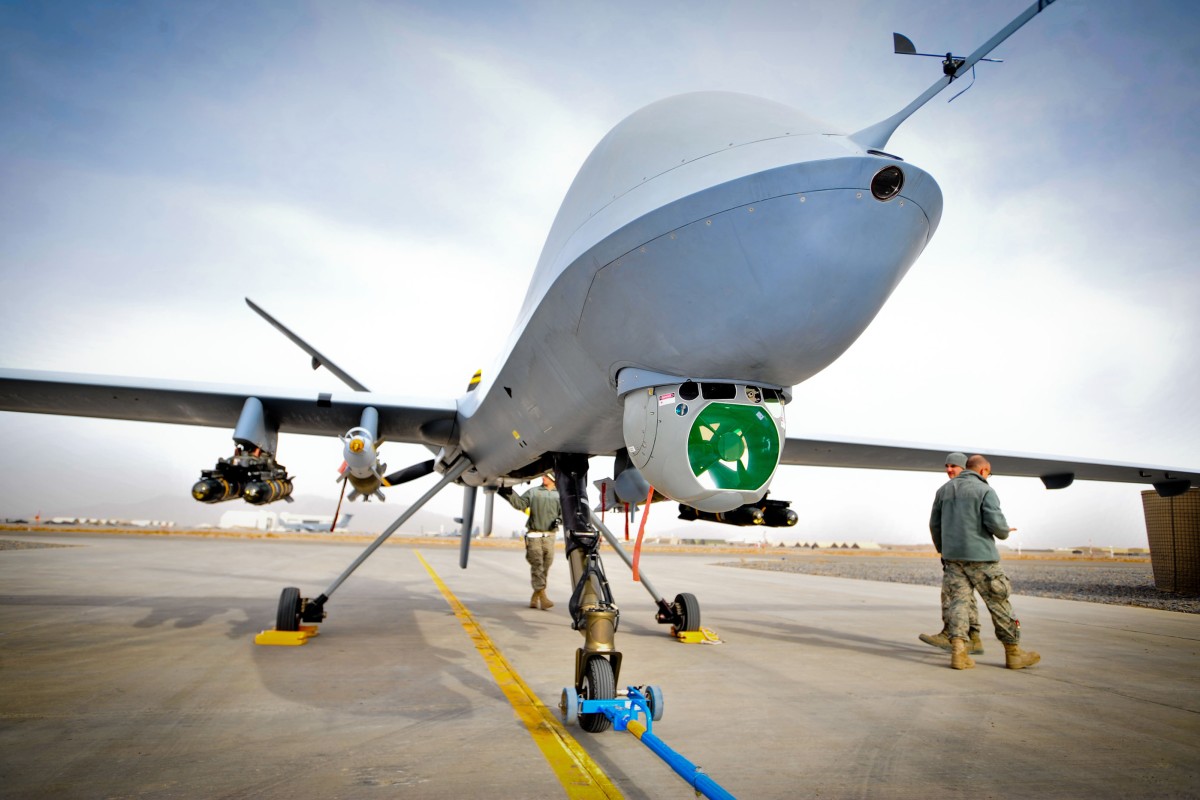 This article on ‘cubicle warriors’ became a key text early in the debates on drones, particularly regarding the pilots themselves. The idea of them being morally disengaged and nobody really thought about those on the ground who are subject to drone strikes was a powerful part of early debates. Thoughts on drones have since moved on a little to consider the idea that responsibility is dispersed through a large network of decision-makers, rather than simply being absent. Still, we thought it important to review this piece.

Here’s what we discussed about this piece in our reading group:

This excellent article explores some of the issues surrounding the responsibility (or not) of drone operators – what the authors call ‘cubicle warriors’. Here, the authors argue that responsibility can only be tied to control and whether the operator is ‘in control’ of his or her behaviour. With the increasing depersonalisation of warfare through a computer screen, the authors argue that the operators cannot be held reasonably responsible due to their moral disengagement (295).

This is a powerful argument, and one that really requires much further scrutiny both in terms of the actions of drone pilots, and also soldiers on the ground. Can any warrior be truly responsible for his or her actions? If a warrior is trained (or ‘programmed’) to behave in a certain way, is any error or moral disengagement then not a product of their training or indoctrination, rather than their own personal failings? After all, they did not design the rule, and hindsight is often a wonderful thing. There is also then the danger associated with technology driving use. Philosophically speaking, we can see here how the tool (the weapon) becomes an extension of the body such that the two are in a reciprocal relationship. The warrior controls the weapon, but the weapon also controls the warrior in turn.

Finally, I’d like to add here brief mention of the use of drones and their association with systems analysis in assessing the ‘success’ or otherwise of a mission. When there is no possible way to effectively determine the ‘guilt’ or otherwise of a target and any collateral casualties, it seems to me here the only way of judging success is through body count. And yet US experience in Vietnam tells us that such an approach is only ever destined for failure. While it may certainly be more publicly palatable to think of far off drones ‘killing the terrorists’ while friendly forces remain safe from harm, the long term impact of judging success based on body count is surely only ever going to encourage killing for killing’s sake – an excess of violence where it may not strictly be necessary to protect the State from harm.

I find that this article spawned the idea of the ‘playstation mentality’, that drone operators treat piloting an armed aircraft like it is a game. This all seems to come from one quote from Peter Singers book ‘Wired for War’: ‘‘It’s like a video game. It can get a little bloodthirsty. But it’s fucking cool’’ – Unfortunately this quote from one young pilot appears to have started off a massive assumption amongst academia, the public, and policy that the ‘playstation mentality’ is real and true.

Yet, whenever I have read or seen an interview with a drone operator, when questioned about the ‘gamification of war’, they respond that this is a serious business and most definitely not a game. The larger mass of evidence about the mentality of drone operators does not agree with Royakkers and van Est’s claims that:

“[the knowledge condition that pilots know what they are doing] is not fulﬁlled if the depersonalization of war by dehumanizing the enemy incites cubicle warriors to subconsciously believe that they are playing a video game. Consequently, cubicle warriors neither are able to reliably identify targets, nor are they able to comprehend what happens to the targets when lethal force is deployed…”

Indeed, in an interview with Dronewars.net, a current RAF drone pilot ‘Justin Thompson’ answered this question from Chris Cole:

CC: What about the ‘PlayStation mentality’ idea that the remoteness and the distancing makes it easier for pilots to launch weapons?

JT: “There is the potential for you to feel that what you are doing isn’t real and there are no direct consequences. But I think that would only occur for someone who had not themselves sat in an aircraft and been shot at.

For me, what I was seeing on the screen was very real. In addition to that for me it was more than just two-dimensional. My mind very easily perceived a three-dimensional scene that extended out of the side of the image. Whether that was because I was used to sitting in a cockpit and seeing that sort of picture I don’t know. Someone whose only background is flight simulators or playing computer games may have a different view. I relate it to sitting in an aircraft and flying it, others may relate it slightly differently. It’s difficult to say.”

As Beth Maundrill points out, even drone pilots who have never before piloted a conventional manned military aircraft are required to do so before piloting a drone. The aeronautics of flying an aircraft unmanned are the same as flying one manned, so the idea that drone pilots and sensor operators just turn up having played some video games and then start killing people is such a misconception, it is frankly, laughable.

Clearly, Royakkers and van Est are trying to get to something much deeper than this shallow ‘video game drone killers’ idea, but it does seem to have caused a great misconception for many people who really should know better.

Also, you can find out a bit more about the work of Dr. Peter Lee and his research on drone pilots here. Book out next year.

As always, please join in. Check the about tab if you want ot find out more.

2 thoughts on “The cubicle warrior: the marionette of digitalized warfare – Royakkers and van Est”