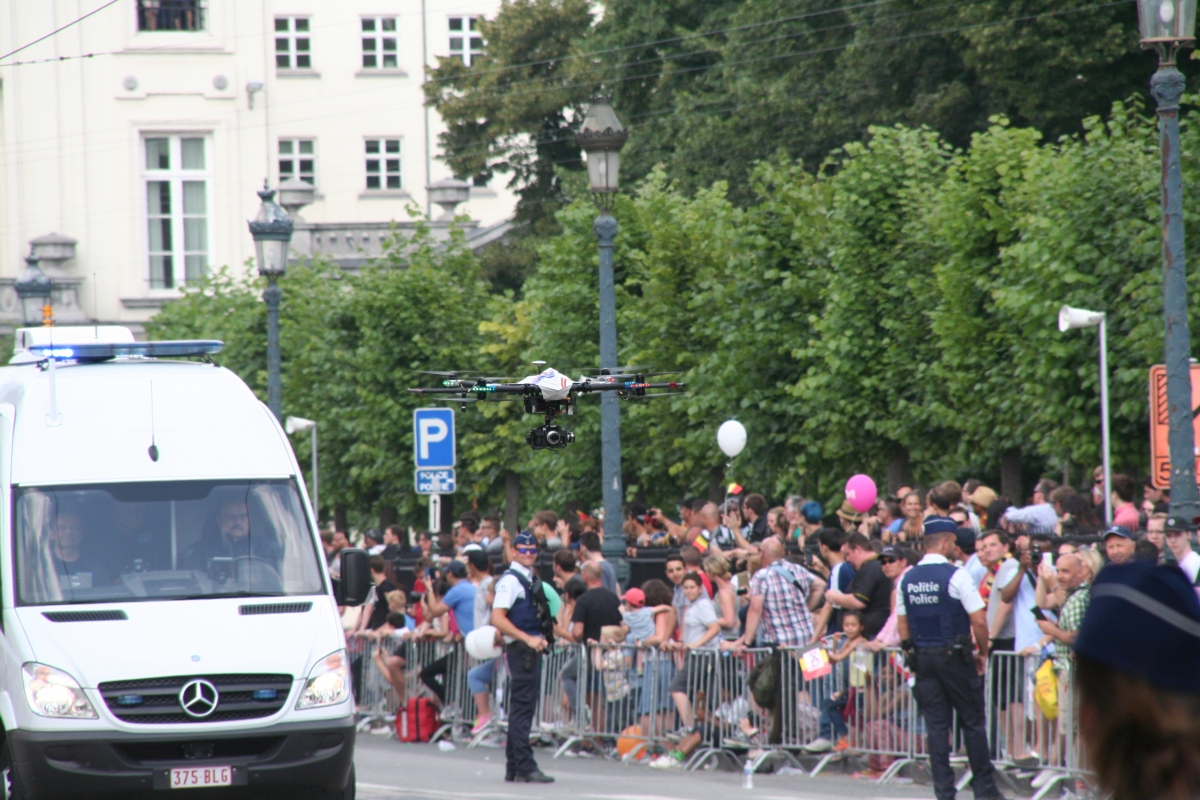 This week, we consider the use of drones in creating and maintaining public order, particularly by the police. We are commenting on a chapter from ‘The Good Drone’ (Ashgate, 2016) by Kristin Bergtora Sandvik.

Closely related to another piece we are reading this month, this article focuses on the proliferation of drones and the potential for disorder associated with their use. In particular, the author examines the ‘systematic blurring of the boundaries between the military and the civilian’ (11), and the use of discourse surrounding the ‘good’ use of drones to prepare citizens for the ‘paramilitarization’ of policing (8) – the use of military technologies on civilian populations.

For me, this blurring between the military and the civilian is an interesting one, though it is certainly nothing new. However, with the technology now so widely available, and accessible even by members of the public, it would seem that the marketisation of technology becomes a powerful tool for normalisation. The more a technology is made available and presented as ‘good’ with ‘endless possibilities’, the more we are also implying the dangers of exact same technology, and laying the groundwork for other possibilities not explicitly stated. Before we know it, we are no longer asking whether drones should be used in situations such as law enforcement and public order, but rather how and in what ways.

Sandvik’s “The Public Order Drone: Proliferation and Disorder in Civil Airspace”, provides a valuable account of the emergence and expansion of the “public order drone” narrative. The chapter explores the interplay of narratives that are both constituting and potentially undermining efforts to normalise/legitimise the concept of the ‘good’ drone for public order policing.

The author frames this piece in a practical way, taking the reader through a series of discussions to analyse the public order drone narrative in different contexts. The initial section lays the foundation by presenting the rationale behind the public order drone narrative. As Sandvik notes, due to the negative associations often tied to drones as a result of their use in warfare, identifying and promoting “good” uses for drones has become central to the drone industry in an effort to address this underlying and persistent “public relations issue”. Sandvik describes this industry effort as a “crafted moral economy of ‘good’ drones” (p. 6) aimed at normalising the broad range of drones and their seemingly endless number of uses. Four areas of discussion are then focused upon to present the reader with a view of how the meaning attached to the concept of the public order drone has been expanded. These areas concern: the blurring of the line between the military and the civilian; the shift from surveillance to weaponisation in public order policing; the forms of disorder caused by drone proliferation; and both the endless possibilities and risks associated with drone use.

Of particular interest to me was Sandvik’s section on disorder. Summed up nicely earlier in the chapter, the author draws attention to the paradox inherent to the public order drone narrative: “order and disorder are intimately connected: the endless, public-order uses imagined for drones are mirrored by endless possibilities for disorder” (p. 3). Sandvik also notes in her introduction that the notion of “drone disorder” – referring to both disorderly drones (flying rogue) and disorder created by drones such as “panic or suspicion in the face of events such as drone flyovers of nuclear installations” —must be taken into consideration together with all of the promises and perceptions of order. I was disappointed, though, that the concept of disorder created by drones was not expanded upon to its full potential later in the chapter. Whilst a discussion was undertaken that considered some of the responses underway due to the desire to protect sensitive or military sites from flyovers, the issue of panic and suspicion was not directly referred to again and I felt this was a missed opportunity as it could have been expanded upon in other contexts to further highlight the paradoxical nature of the public order drone narrative.

Overall, I found this an interesting piece to read and think the author has established a useful account of how the meaning around the public order drone has evolved as different perceptions and influences have simultaneously enriched and complicated the overarching narrative. It will be interesting to see how the narrative continues to develop as new technological developments, designs and uses for the public order drone emerge.

Sandvik’s discussion of police armed drones really interested me. However, I think the idea that police-owned drones could be equipped with rubber bullets, fireable tasers, or even live bullets might be a bit fanciful. A flying drone is not a very stable platform from which to launch a projectile. Thus, bullets and tasers fired from an unstable barrel are not likely to hit their target. The advantage military drones firing missiles have is that missiles can be guided. However, police do not generally use any form of arms that could be guided. Thus, police drones would be restricted to only firing that which they could accurately hit a target with, or would need to use projectiles where pin-point accuracy is unnecessary, such as deploying tear-gas.

The surveillance capability of police drones would not be affected by this, however. Surveillance alone can be a powerful tool for the police. A criminal knowing they are being watched is unlikely to carry out a crime If they think they will be caught and punished. Thus, the presence of drones, just as with the presence of CCTV, can deter crime. When it comes to CCTV, we accept the temporary intrusion into our privacy. I don’t think this changes just because the camera could move if attached to a drone. However, we accept CCTV as a condition of visiting a particular shop, or establishment, but if we were to be regularly surveilled by drones, we would be accepting an intrusion into our privacy on the condition of simply being allowed to exist in a particular location. It is that which seems so unnerving about surveillance drones, in order to live or work as we want we would also need to accept intrusions into our privacy from which there is no escape. Such occurrences go beyond security, and go into societal control.

Let us know what you think in the comments below.