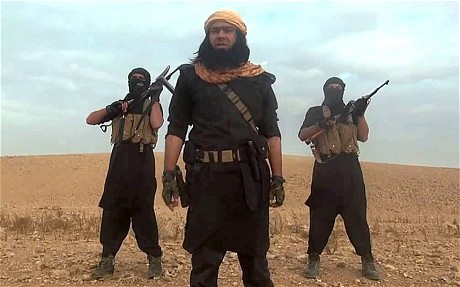 This week we are considering Forgetting ISIS: enmity, drive and repetition in security discourse by Charlotte Heath-Kelly (Critical Studies on Security, 6:1, 85-99). It’s available here (open access). This article is a look at the security discourse of threat using psychoanalytical tools to investigate how and why threats never seem to be dealt with and how security never seems to be reached.

Here’s what we thought below. Let us know your thoughts in the comments below.

I have a problem with this paper. I think mainly, this is because, to me at least, it demonstrates just why some researchers are suspicious of interdisciplinarity, and the more abstract modes of thought.

At the core of this paper, the author argues that ‘Security never seems to make any progress’ (96) – there is always a new enemy, and the old enemy soon becomes forgotten. I am sure many readers would agree with this assertion, and certainly, in my own research, I have argued that security discourse is key to the operation of power both between discrete individuals, and between the individual and the state.

Where this paper goes wrong, however, I fear is in its focus specifically on the abstract with no recourse to the real world. In one example, the author argues that ‘Security is averse to vanquishing a particular enemy […] and making progress towards a state of security because the object of desire can never satisfy the fantasy. It fails and enmity must be restaged with a new enemy blocking the path to ontological security’ (90). However, there can be no escaping the fact that many threats are of themselves real, and make themselves known in a number of ways, even if their categorisation under a single banner of ‘terror’ is somewhat problematic.

While I agree that security discourse is and of itself is something we should scrutinise for its discursive influence on daily lives, I fear that the author is over-analysing the problem and reading it in terms that are far too abstract, neglecting the real-world impact of the terrorism that feeds the security discourse to begin with. She also then ignores other factors feeding into this same discourse including media coverage, social media and the internet that locates threats within the knowable present. While the author may point to a ‘discursive forgetting’ (92) (a point which to some extent I agree with), I would rather argue that it’s not so much a ‘forgetting’ as such, but rather a ‘moving-on’, for the old enemy is required in order to position security apparatus as competent and thus legitimise the use of further powers to protect against future threats. It is not so much that we forget the old enemy, but rather that we know we defeated the old enemy, and as such are able to ‘defeat’ the next.

This article is an interesting take upon securitisation. Generally I agree with the author that security discourse does seem to constantly need a new bigger enemy. The discourse always sounds like a Hollywood movie sequel where the new antagonist is always bigger and badder, and the good guys will have to dig deeper into themselves than they ever have before, etc., etc.. Plus, the next threat is always on the security horizon (pg.93), like a trailer for the next movie in the pipe line – although actually having intelligence agencies be aware of what might come next is of course a good thing. Issues might arise where the threat is overblown).

However, there are a few issues I have with it. First, the authors thoughts that a continuing military role after the liberation of ISIS-held territories is somehow problematic (pg.93). Of course there needs to be a continuing role for foreign-backed forces. How else to shattered communities rebuild their lives and cities? We know from the 2003 Iraq war and the War in Afghanistan that not doing enough reconstruction after high-intensity fighting is over results in problems later on.

Whilst reading this article I couldn’t help thinking of the constant pushing of a secruitisation discourse from US foreign policy magazines, periodicals, and think tanks. Many of them seem to be in a race to describe the newest threat and how bad it could be. Perhaps expanding upon this article to incorporate some ideas from media studies would create a greater understanding.

Further, the author (or perhaps the security discourse itself) doesn’t engage with the reality of threat. As we know from Steven Pinker’s work, we live in the safest time the world has ever known. I think acknowledging that whilst securitisation makes the threat of Islamic terrorists seem like the worst thing the world has ever seen, it is, of course, nothing of the sort. Although perhaps this criticism applies more to those people in the US foreign policy think tanks who never seem to remember this.

Overall, I enjoyed this article and found it to be greatly improved over an earlier version I heard as a conference paper. 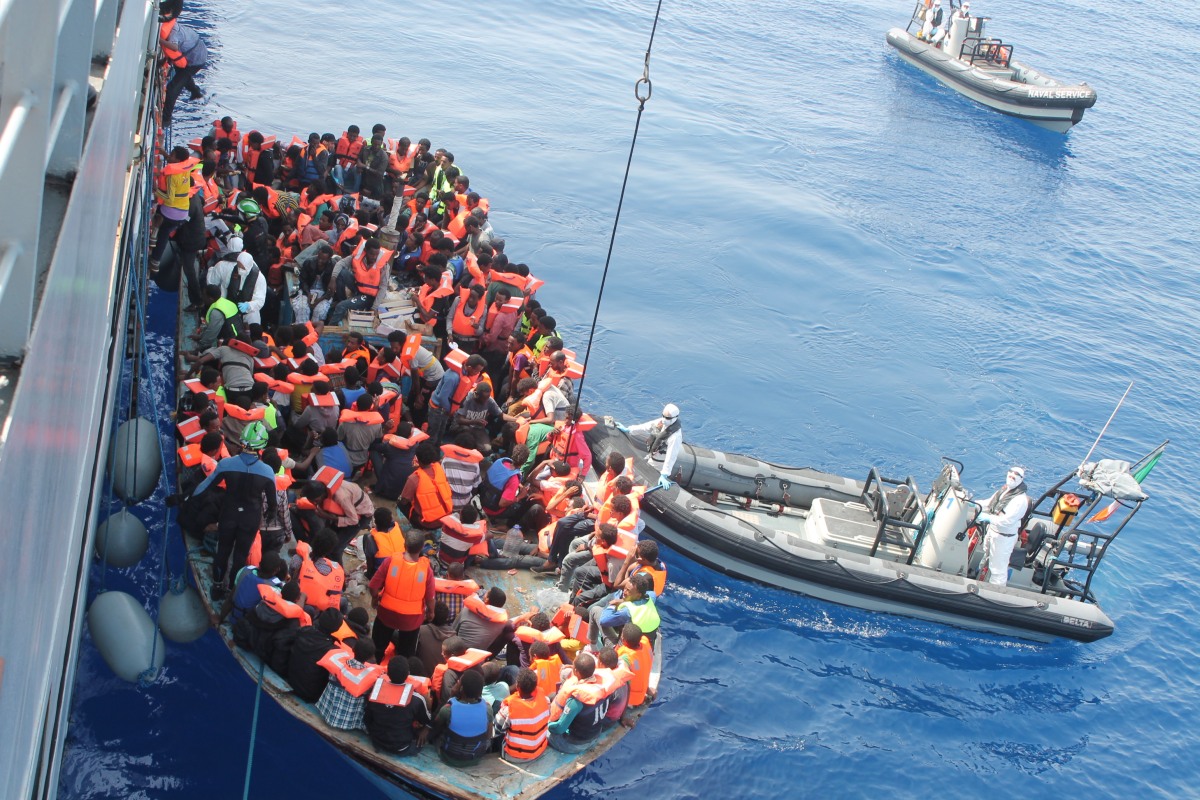 The article we are discussing this week considers the securitisation of immigration. It is a fascinating look at a concept that is of massive importance, particularly in the UK following on from the Brexit vote, and in Europe generally following on from the migrant crises affecting many countries as a result of the war in Syria and Iraq.

In this article Didier Bigo explores the discursive figure of the immigrant and the use of securitisation against the ‘dangerous’ figure of the immigrant as part of a Foucauldian ‘governmentality’. I found the approach quite interesting, not least because I agree with the author that these issues feel somewhat neglected in fields such as security studies, law, and international relations, which tend to focus on the concrete and the measurable, as opposed to the more abstract fields of philosophy and related disciplines.

One of the central points that Bigo points to in this piece is the modern concept of the State. Here Bigo argues that the securitisation of society is based on ‘our conception of the state as a body or a container for the polity’ (65). I agree with Bigo’s point here, and wonder, what do other members of the group think about the modern-day concept of the State? What comes first: the securitisation  or the border itself? How do we define borders in the 21st century? Are borders even important? Or rather, are we led to believe that they are more important than they really are?

And finally, on a related EU / Brexit-based point: what impact does the dissolution of borders have on national identity and the formation of a ‘national conscience’?

Bigo is of course a classic in literature on surveillance, and the main thinker behind the Paris School on Securitization theory. It thus seems appropriate to read some of his work when discussing the role of the industry this month. His article is a bit older (2002), but explains his theoretical framework well, and is a useful model for analysing the security landscape in Europe. I also personally feel that his analysis is extremely applicable to the security landscape in Europe today. I appreciate the thinking that went into it, the heavy building on sociological theory, and the fact that it dares to step out the commonly accepted narratives on security. However, it is very hard to read and uses a lot of jargon for outsiders.

This article both explains securitisation from the Paris School, and is a meta-analysis of the different narratives on security. We have not read much Critical Security Studies yet in TTAC. However, the reading group has a wide interdisciplinary membership, and reads on a variety of subjects and from a variety of schools, which I think is a great approach. I would thus not per se blame this open a policy of denial. The reading group is generally also aware of how political both the literature and the subject matter is in their work. Nonetheless this article serves as a useful reminder to be aware of where the articles come from, and in which narratives they fit. The articles discussed are not just academic, they are also often the subject of both national and international political discussions, and the different interest groups play an active role in shaping the narrative surrounding these technologies.

In the subject of autonomous weapon systems, academics do not only produce analytical articles, but there are many actively campaigning for specific politics, both in favour and against the Campaign to Stop Killer Robots, from the humanities, social sciences, and natural sciences. Think tanks, militaries around the world produce a lot of reports, and key leaders from the tech industry are regularly found in the newsletter. Bigo’s article is useful in remembering that these different narratives are not neutral, and are a product of their environment, often even actively shaped, and to remain critical of everything we read.

I found this piece really interesting, particularly in the wake Brexit and of several terror attacks in 2017. The characterisation by the British right-wing press of immigrants as ‘others’ to be feared and have their loyalties questioned is something which has troubled myself and many others, so it is good to find pieces which investigate this. Bigo’s characterisation of common ‘critical’ discourses is illuminating; he suggests that those NGO’s and academics who criticise the political right take an ‘if only they understood’ approach towards politicians, journalists, citizens and governments who play a role in othering immigrants. However, this portrays these people as being unaware of the whole picture, and unaware of how nice immigrant communities can be, and of their economic and cultural contributions towards the states in which they reside. Yet, we see in recent years the rise of groups such as Britain First, and people such as Katy Hopkins, who are perfectly aware that they are stoking the fires of ideological conflict purely for political expediency and for greater public exposure and infamy. With a more recent rise in fake news, and increasing prevalence of politically motivated quasi-intellectual writings, I’m not sure how these groups/people who are willfully adding to a wholly negative discourse can be combatted without simply turning it into an ideological battle, which always seems to just result in entrenchment and stalemate with no real victor – so nothing would really change. More study is needed, or maybe just wider reading on my part.

Let us know what you think in the comments below